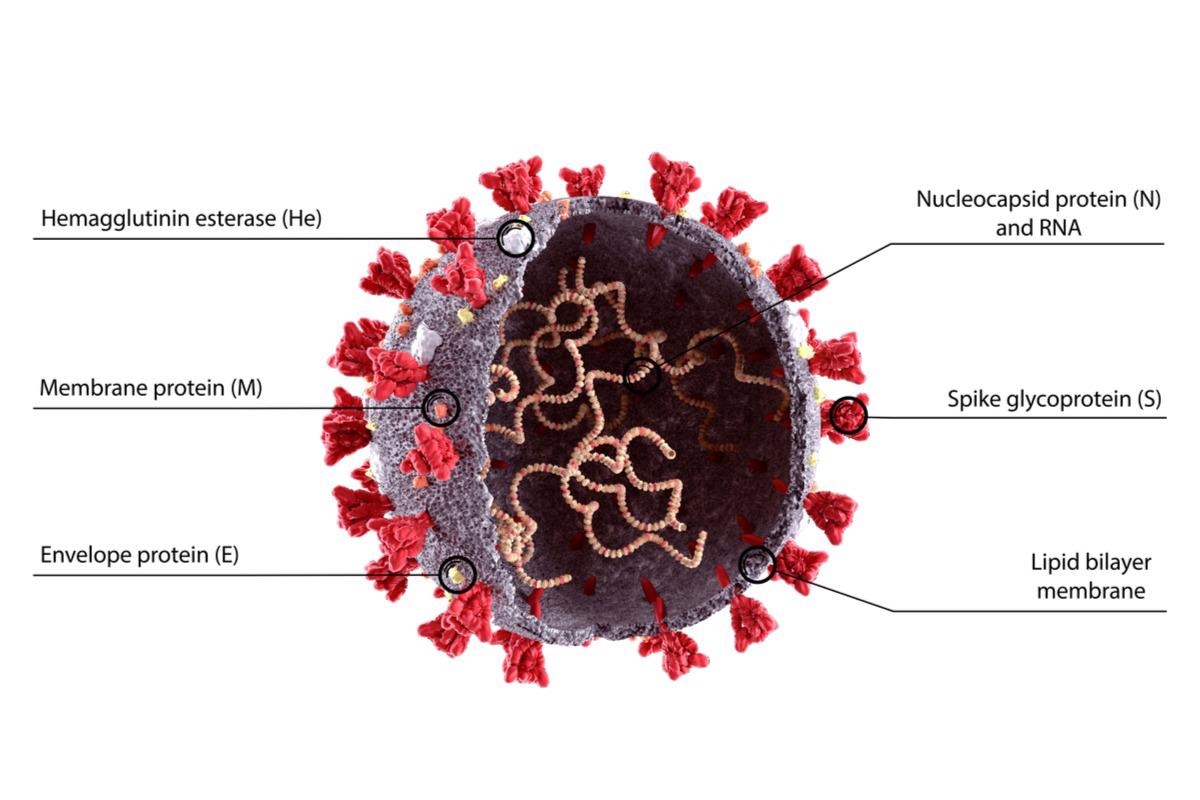 
An intriguing new preprint appears to show that the severe acute respiratory syndrome coronavirus 2 (SARS-CoV-2) nucleocapsid protein has unique properties that allow the virus to become more infective in the presence of certain mutations.

The coronavirus disease 2019 (COVID-19) pandemic triggered a spate of research into the structure and biology of SARS-CoV-2, in order to help develop effective and safe antivirals and vaccines, and thus end the outbreak. However, the repeated emergence of viral variants has hindered these plans, since many variants show immunologic escape as well as drug resistance.

While most immune escape mutations have been studied with respect to the viral spike protein, that mediates viral attachment and entry into the host cell, the nucleocapsid (N) antigen is also important, since it appears to handle virion packaging. The N protein is thus implicated in the viral load and infectivity.

Since millions of viral sequences have been uploaded from all over the world to the Global Initiative on Sharing All Influenza Data (GISAID), multiple types of analyses have been carried out to detect variants, examine the phylogeny and the spread of the virus from one region to another. Put together, they reflect the constellation of mutations that have successfully taken their place in the viable virus, or even improved its biological characteristics.

The current paper, which appears as a preprint on the bioRxiv* server, looks at the mutational landscape of the N protein with a special focus on its biophysical aspects. The aim is to analyze how N mutations affect viral assembly at a molecular level, involving, as it does, the packaging of viral ribonucleic acid (RNA) with the N protein into ribonucleoprotein (RNP) particles.

They found the Delta variant especially interesting, with its dramatically increased viral load, lower incubation time, and devastating clinical impact. Among these, the G215C mutation in the N protein arose while leaving the spike protein unchanged, but this variant is now the dominant Delta variant worldwide. In this study, the researchers found a highly conserved region that could indicate the importance of this mutation in facilitating viral assembly.

The scientists found that the N protein was the most variable of the viral proteins, with mutations being detected for 362 of 419 residues. There was a total of over 1,200 different mutations. Variation was observed in 86% of amino acid positions, and each of these could be replaced by three to four other amino acids, with half showing similar physicochemical characteristics.

Many highly conserved residues were also found to be substituted, even when they formed phosphorylation or protein interaction sites.  The other 37 positions were highly conserved and did not show non-synonymous mutations.

The N protein exists as a dimer, with a C-terminal dimerization (CTD) and an N-terminal nucleic acid-binding domain (NTD) in each chain. The adjoining arms are long, with intrinsic disorder, and each of these components takes part in broad nucleic acid (NA) binding. The resulting increase in conformational order permits the dimers to interact with each other, and with NA scaffolding, leading to the co-assembly of multimers. Other changes also occur, leading to the co-condensation of the N protein and NA, forming RNP particles.

Most viable mutations occur in the folded domains, the majority being conservative, and those linker regions that have a higher intrinsic disorder and a greater propensity for liquid-liquid phase separation. The latter show mutation clusters, conferring alterations in the physical and chemical properties.

Conversely, other residues close to the secondary structure are either hidden or protected against mutations. This is also the case with most NTD residues that make contact with NA.

The N protein interacts with the viral M protein via its disordered C-arm. This is key to packaging. Meanwhile, the linker, which is essential for phase separation mediated by viral RNA, also contains a protected sequence that seems to form a helix involved in oligomerization and co-assembly of the viral protein, along with NA.

With the G215C mutation, the N protein mutant also shows differences in its secondary structure and assembly. While the features of elementary NA binding are conserved, longer nucleotides that extend beyond a single domain, to connect two N dimers, facilitate the formation of tetramers and higher oligomers. This constitutive tetramerization property of the mutant N protein may confer higher cooperativity or avidity during early co-assembly.

LLPS and higher-order assembly are induced by heat and by NA binding. With the mutant, the transition temperature is lowered, even without any NA addition, and falls further when disulfide bonds are removed in reducing conditions.

The G215C mutation also changed the direction and the degree of flexibility of the N-arm of a helical segment in the central linker region, due to the substitution of cysteine for glycine, lowering the flexibility, and because the cysteine side chain interacts with neighboring residues hydrophobically, stabilizing it. The resulting open configuration is favorable for interactions between helices and with thiol groups, agreeing with the observed increase in dimer interactions with this mutation in reduced conditions, as well as the potential for disulfide bond formation with different building blocks.

Scientists suspected that RNA virus proteins were more plastic because of the loose packing of their cores and an increased number of intrinsically disordered regions. This accounts for the high flexibility of the protein for adaptation and mutational tolerance.

SARS-CoV-2 N protein showed markedly high plasticity. The G215C mutation in the N protein led to a major change in the secondary structure. The protein subunits also took up different arrangements, as shown by the observable changes in their hydrodynamic shapes.

Protein-protein interactions (PPIs) were significantly increased, which in turn affected the quaternary structure. The importance of such plasticity is that it makes it more difficult to identify the key therapeutic targets in this protein.

The large coverage of N mutations seems to be near the limit of all possible mutations compatible with N protein function and shows the biophysical attributes of this protein. Particularly, several highly conserved islands were found within the mutational landscape of this protein, probably representing functions that are critical to the viral life cycle.

The G215C mutation occurs adjacent to one of these regions, in the central linker. Earlier studies showed the preference for alpha-helical structures near this position. The current study revealed that this is a critical region. Also, the scientists showed that the helical structures are essential for higher-order N assembly, and are exposed or stabilized by this mutation, allowing more PPIs.

While the presence of disulfide bonds in the G215C mutant stabilizes dimer-dimer crosslinking, they also change the assembly process. However, they are far from essential, as in their absence, this mutation produces a 200-fold increase in dimer-dimer self-assembly and an increase in co-assembly with NA. The postulated increase in RNP particle co-assembly may contribute to the severity of the clinical phenotype of Delta, via a high viral load and infectivity. It may also explain the dominance of this clade over other Delta clades, though all have the same spike mutations.

bioRxiv publishes preliminary scientific reports that are not peer-reviewed and, therefore, should not be regarded as conclusive, guide clinical practice/health-related behavior, or treated as established information.

Lose Weight If You Wish to Defend Your Prostate

The security, immunogenicity, and efficacy of the mRNA-1273 vaccine in kids aged 6-11

The security, immunogenicity, and efficacy of the mRNA-1273 vaccine in kids aged 6-11