Julian Alaphilippe “Not Ready” For Tour De France After Illness 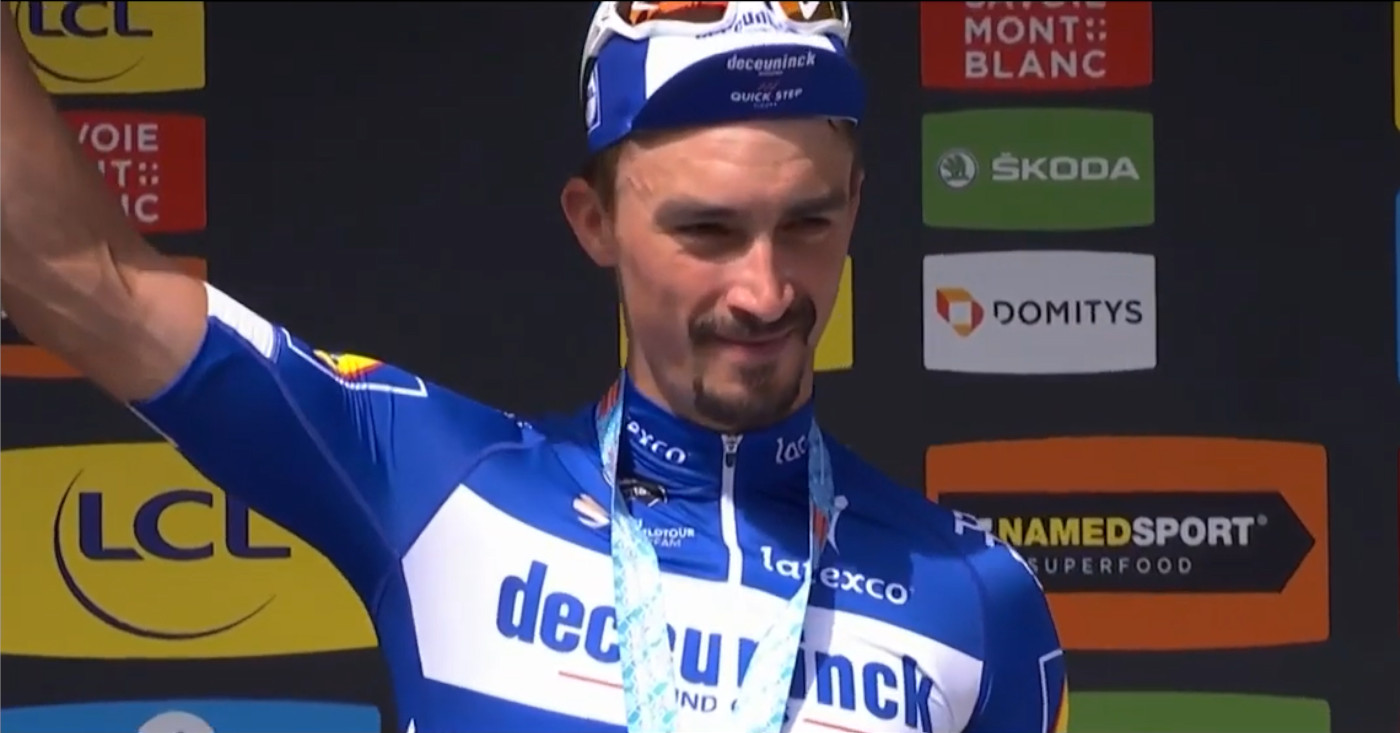 
Last year’s Tour De La Provence was fulfilling, to say the least for Julian Alaphilippe, he managed to come second. He is still in possession of the World Title but his cycling spirit has gone down instead of improving, maybe some unforeseen circumstances are at play? His form is not the same as it used to be, this recent illness has certainly taken a toll on him.

Alaphilippe already left the Classics this year and will be aiming for the Ardennes, but is he ready for all of that? The 2022 – Liège-Bastogne-Liège is almost ten weeks away and this recent illness has further brought him down.

During a video call with reporters, Alaphilippe said,

My preparation went well apart from two or three weeks ago when I was sick. I had a cold, and I wasn’t able to go to the training camp in Portugal with the team and that was an important week for preparing for the season. But now I’ve recovered, and although I’m certainly not at 100 percent, I’m very motivated to start the season in France and with the rainbow jersey again.

As we know that Alaphilippe spent a week off the bike, his substitute training was not on par with the actual training in Portugal. Although his training just started 10 days ago, he is still not back to his fullest. Let’s see how the rest of his training pans out.

Maybe it will go well and I’ll be better than I think, but I had to spend a week off the bike and I couldn’t do a training camp that was very important to round off my preparation. I worked well, that’s sure, but I’m a bit behind, so to speak. Still, I’ll try to use this race to make efforts and prepare for the year ahead.

I don’t have special ambitions here, I just want to get my bearings over the four days of racing, but there’s a good field, riders with races already in their legs. There’s no stress, I just want to enjoy it.

For now, Quick-Step Alpha Vinyl will just be rolling out with five riders as Kasper Asgreen and Davide Ballerini have tested positive for COVID-19. Julian Alaphilippe will be participating in the Berre-L’Étang this coming Thursday, let’s see how that goes.

Both Asgreen and Ballerini’s absence has now put a shade on Quick-Step Alpha Vinyl’s performance. Alaphilippe had a lot to say about his teammates being absent from the upcoming races.

Kasper was already a loss, it would have been a nice duel with Filippo Ganna in the time trial. Now, without Davide for the sprints, it’s immediately more complicated for us. That takes away chances for us to win stages. We still have a good team here, but having only five riders at the start isn’t the best.

Julian Alaphilippe has a tough season in front of him, the team will certainly need to do better now that both Asgreen and Ballerini will not be participating. We hope that Julian recovers soon and fully so that we can see him in his best all over again.