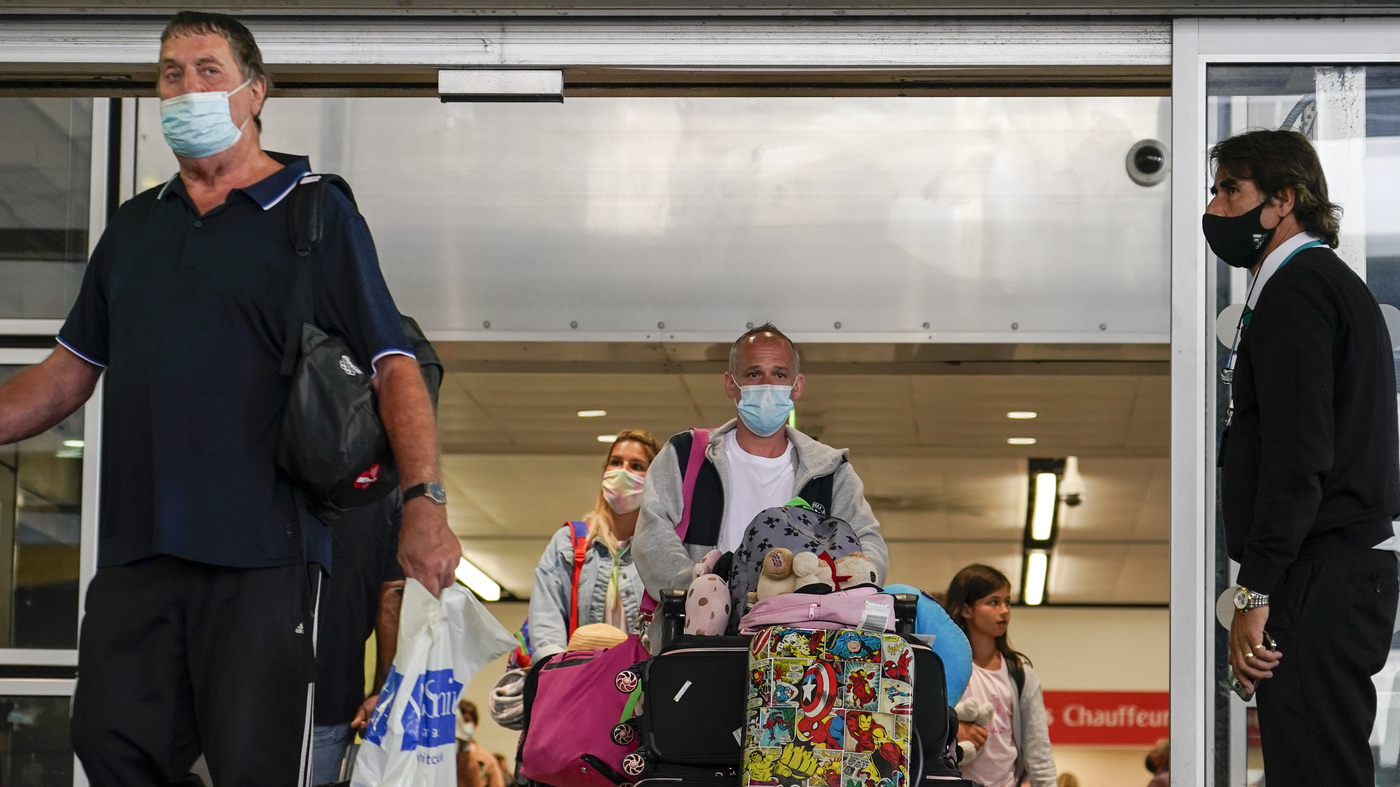 Passengers arriving at Gatwick Airport in London. Starting today, British residents and visitors who have had at least two doses of a coronavirus vaccine only need to fill out a form before entering the U.K.

Passengers arriving at Gatwick Airport in London. Starting today, British residents and visitors who have had at least two doses of a coronavirus vaccine only need to fill out a form before entering the U.K.

LONDON — Vaccinated travelers can enter Britain without taking any coronavirus tests starting Friday, after the government scrapped one of the final restrictions imposed over the past two years in response to COVID-19.

British residents and visitors who have had at least two doses of an approved coronavirus vaccine now only need to fill out a passenger locator form before traveling to the U.K. Unvaccinated people still have to take tests both before and after arriving but no longer need to self-isolate until they get a negative result.

Transport Secretary Grant Shapps said the U.K. “now has one of the most free-flowing borders in the world — sending a clear message that we are open for business.”

Airlines and other travel firms hailed the change as a lifeline after two years of severely constricted travel. Andrew Flintham, managing director of travel group Tui UK, said there was “a huge pent-up demand for international travel,” and people were rushing to book getaways for the February school break and April’s Easter holiday.

Gatwick, London’s second-busiest airport, said that it plans next month to reopen the second of its two terminals, shuttered since June 2020.

But some scientists worry the government is moving too fast. Prime Minister Boris Johnson’s Conservative government lifted most domestic rules last month. Face masks are no longer mandatory in most indoor spaces in England, vaccine passports for gaining entry to nightclubs and large-scale events were scrapped, as was the official advice to work from home. Other parts of the U.K. — Scotland, Wales and Northern Ireland — have also lifted most restrictions.

Johnson announced this week that he hopes to lift the final restriction — mandatory self-isolation for people who test positive — by the end of February as part of a plan to live long-term with COVID-19. Officials have said the government plans to switch from legal restrictions to advisory measures and treat the coronavirus more like the flu as it becomes endemic in the country.

Scientists expressed surprise at Johnson’s announcement. Tim Spector, an epidemiologist at Kings College London, said it was “more a political type of statement rather than a scientific one.”

“There is some rationale to this and other countries are doing things similar, but it’s clearly a race for the government to say that ‘Britain is first, Britain is the first to come out of this, Britain has conquered omicron, our booster program is world beating etc, etc,'” he told Times Radio.

The re-opening came as statistics showed the U.K. economy grew by a bigger-than-expected 7.5% in 2021, despite an omicron-driven slowdown at the end of the year. The re-imposition of some restrictions in response to the highly transmissible variant brought a 0.2% contraction in December.

The Office for National Statistics said the growth follows a 9.4% contraction in 2020 as the pandemic shut down big chunks of the economy. The U.K. economy is now back to the size it was in February 2020, just before the new coronavirus swept the U.K.

Britain has Europe’s highest coronavirus toll after Russia, with more than 159,000 officially recorded deaths. The country has seen a drop in both new infections and COVID-19 patients admitted to hospitals since the peak of the omicron spike in early January.

Officials have credited the government’s booster jab program with preventing the surge in omicron cases from causing serious stress to U.K. hospitals. In Britain, 84.6% of people 12 and up have had two doses of a vaccine and almost two-thirds have had a third, booster shot.

The Tick That Causes a Meat Allergy Is on the Transfer

What we realized in November

What we realized in November